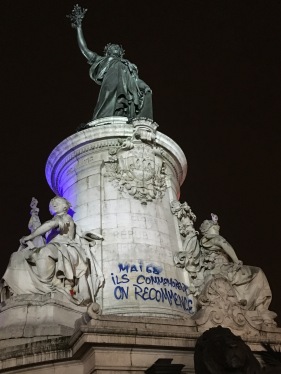 May 1968 saw an escalation of protests and political actions by students and workers in France, leading a situation of near-revolution that lasted for several weeks and re-set the terms of political debate for a generation.

Although ‘the events of May’ are remembered as the most obvious and symbolic  expression of the revolutionary spirit in that moment, ‘May 1968’ was only one episode in an international series of events and struggles against  the bureaucratic cultures of post-war welfare capitalism and the Stalinist ‘socialism’ of the Soviet bloc, from the early 60s to the mid- 80s. This was the moment when the counterculture, student radicalism, Black Power  and a new wave or working class militancy coincided with a wave of global anti-imperial struggle and the birth of the women’s movement, the green movement and Gay Liberation.

The consequence of these struggles, their partial defeats and limited victories have been colossal: arguably the adoption of neoliberal policies by governing elites across the globe was motivated as much as anything by the need to contain their demands for radical democracy and collective freedom. On the other hand, sceptics  have argued that the counterculture and the New Left undermined working class solidarity, ultimately paving the way for a postmodern culture of narcissism, hedonism and futile identity politics.

The implications of these movements and the debates that they provoked were decisive and long-lasting  for the development of radical philosophy, political theory and cultural studies . What is the significance of this history for contemporary radicalism? And would it be accurate to say that ‘1968’ didn’t happen in Britain until 1982?…